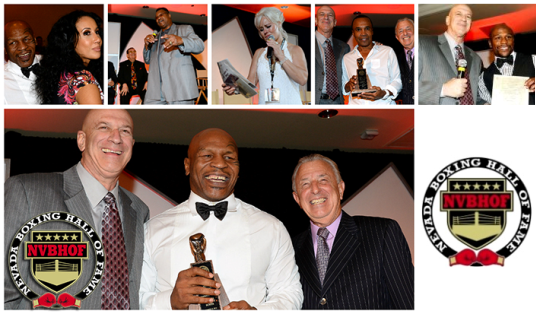 Las Vegas (APRIL 29th, 2014) –The Nevada Boxing Hall of Fame has confirmed that they will appear and have a Booth at the Las Vegas Convention Center for the inaugural Box Fan Expo that will take place this September.The Nevada Boxing Hall of Fame honors boxers and those associated with the sports who have contributed to the advancement of boxing in Nevada. We are a non-profit organization with proceeds, after expenses, being distributed to boxing-related charities, special-needs former boxers, youth boxing, Nevada boxing gyms, and other worthy organizations.Our mission is twofold: 1) To honor boxers and those who have contributed significantly to the sport in Nevada, through their induction into the Nevada Boxing Hall of Fame. 2) To help those from the sport of boxing in need of financial assistance, to help other boxing-related organizations which do the same, and to support youth and amateur boxing programs including the club boxing programs at the University of Nevada in Reno and UNLV.Rich Marotta, Founder and President of the Nevada Boxing Hall of Fame:

“The Nevada Boxing Hall of Fame is excited to have a booth and be part of
Box Fan Expo. Since its inception, one of the stated goals of the NVBHOF was to help bring the Nevada boxing community together. The Box Fan Expo is certainly going to be doing that. It will be a great service to the sport and it’s fans.”

“The Nevada Boxing Hall of Fame is honored to be a part of the Box Fan Expo. We look forward to seeing boxing fans gathering at this wonderful event to celebrate the sport of boxing and help some of the boxing greats bridge the gap between their fans and their brands.”