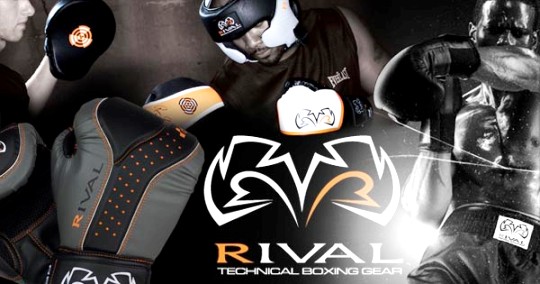 MEET AND GREET the world’s biggest fighters, promoters and industry people
at the first time, one of a kind event

Las Vegas (MAY 19TH, 2014)– Rival Boxing Gear & CEO Russ Anber has confirmed that they will appear and have a Booth Area at the inaugural Box Fan Expo this September at the Las Vegas Convention Center.

Rival Boxing Gear is a leading, international, high-quality brand name offering stylish and innovative products developed specifically for Boxing market. Many world champions and contenders are wearing the improved Rival Guerrero Pro Fight glove. Some of the best fighters in world have said that it’s “the best glove I’ve ever put on”. World champion Jean Pascal, World ranked contenders like Edwin Rodriguez, power punching Keith Thurman, and World Champions like Leo Santa Cruz and Yuriorkis Gamboa have trusted their hands to the new Rival Guerrero Pro Fight glove. Recognized by all as a “Punchers Glove” this piece of equipment continues to be the “Crown Jewel” in their line.What is becoming recognized as THE leader in the industry is Rival’s custom made boxing apparel. From Sergio Martinez to 4 round beginners, Rival apparel has captured the eye and imagination of the whole boxing world.

“I am so excited that Rival will be on hand and have a presence at the upcoming Box Fan Expo. We are so proud to be part of this inaugural event and I look forward to meeting everyone from our industry at this event. Whether you’re a fan or industry professional, it’s going to be so much fun for all us to meet and talk about the sport we all love so much.”

Box Fan Expo is committed to helping the Retired Boxers Foundation which is a nonprofit organization that helps improve the quality of life for retired fighters. This is a fantastic opportunity for sponsors, retailers and anybody involved in the boxing industry to get involved and be a part of this once in a lifetime event and help out this great cause.. Box Fan Expo is proud to announce that part of the proceeds from the event will help the Retired Boxers Foundation