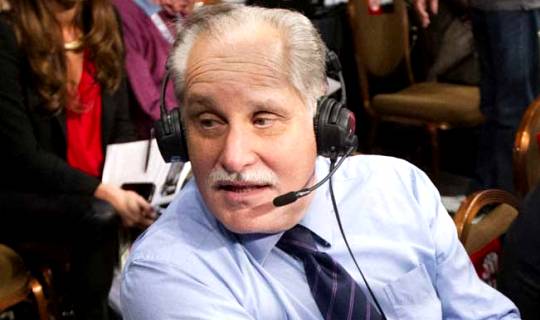 Las Vegas (JUNE19th, 2014) – Hall of Fame broadcaster Al Bernstein has confirmed that he will appear at the inaugural Box Fan Expo this September at the Las Vegas Convention Center.
Al Bernstein is best known to a national audience as the voice of boxing, first for ESPN, and now as the analyst for Showtime Championship Boxing. This Hall of Fame broadcaster is considered by many as the most recognizable and respected boxing commentator and is in his 34th year in television.

Al has now moved into the internet on BoxingChannel.TV a boxing video website with a large worldwide audience that features Al as host and executive producer. He also hosts an online show, Al Bernstein’s Boxing Hangouts, giving Al a chance to talk boxing and provide programming for boxing fans around the globe.

Quote from Al Bernstein:
“This is just the event that boxing has needed to energize its fan base and add new fans. I am so happy to be able to participate. The Box Fan Expo gives the whole boxing community a place to gather together and celebrate the sport.”
Every year, one of the biggest boxing weekends of the year is Mexican Independence Day. In 2014, that weekend has just got bigger, better and more fan accessible with the announcement of the FIRST-EVER BOX FAN EXPO.

Box Fan Expo is committed to helping the Retired Boxers Foundation which is a nonprofit organization that helps improve the quality of life for retired fighters. This is a fantastic opportunity for sponsors, retailers and anybody involved in the boxing industry to get involved and be a part of this once in a lifetime event and help out this great cause. Box Fan Expo is proud to announce that part of the proceeds from the event will help the Retired Boxers Foundation.