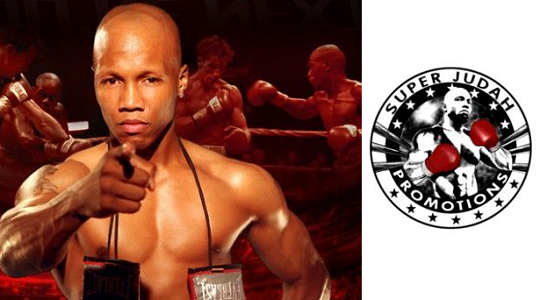 Las Vegas (MAY 9th, 2014) –  Zab Judah & Super Judah Promotions has confirmed that he will appear at the inaugural Box Fan Expo this September at the Las Vegas Convention Center.

Judah a Superstar and future legend in the sport of boxing has won five world titles between the light welterweight and welterweight divisions and is a former Undisputed World Welterweight Champion. Zab Judah will be in attendance to meet and greet his fans and will be available to sign autographs and take pictures. Judah will also have merchandise to sell to his fans with pricing details to follow.

“I’m looking forward to meeting all of the fans at Box Fan Expo. This is a fantastic event for boxing that everyone needs to get on board with and I’m very proud to be part of it. I expect my autographed items, my Zab Judah and Super Judah Promotions merchandise to fly off the shelves, so make sure you’re in the building early.”

Box Fan Expo is the ultimate fan experience that was created to promote the entire boxing industry and to allow fans to celebrate, Meet and Greet their favorite boxers and boxing celebrities. The event will feature boxing legends, today’s superstars, Hall of Famers, future prospects and the stars of today all UNDER ONE ROOF.

The event will also feature major promoters, ring card girls, sanctioning organizations as well as trainers, referees, commentators and announcers. Anyone that directly or indirectly represents the sport of boxing will have a chance to showcase themselves to the boxing fans and whole industry. Also in attendance will be exhibitors, sponsors,  television broadcasters and media.Box Fan Expo will also feature different activities such as autograph sessions, photo ops, weigh in, face off with your favorite fighters and buy merchandise.Throughout the next several months, there will be weekly updates on the many stars that have already committed their appearance at the Box Fan Expo.

For more info go to: www.BoxFanExpo.com