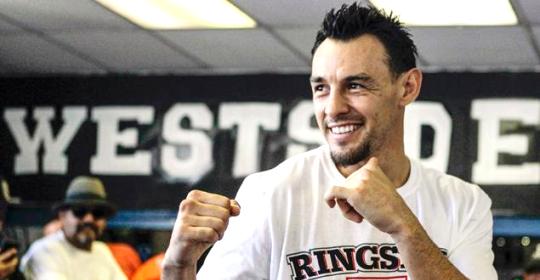 Guerrero who became the third fighter in boxing history to win a world title at featherweight and welterweight, joined the likes of legends Henry Armstrong and future Hall of Famer Manny Pacquiao. Guerrero also joined the rare breed of fighters, who have jumped up two weight classes to win world championships, which include Roberto Duran, Roy Jones Jr., and Sugar Shane Mosley.

“This will be a fun time interacting with fans at the BOX FAN EXPO. I’m happy to be part of this fantastic event and the fans will get a chance to meet a lot of great fighters.”

Box Fan Expo is the ultimate fan experience that was created to promote the entire boxing industry and to allow fans to celebrate and join their favorite boxers and boxing celebrities. The event will feature boxing legends, today’s superstars, Hall of Famers, future prospects and the stars of today all under one roof.

Box Fan Expo will also feature different activities such as meet and greets, autograph sessions, photo ops and you can weigh in and face off with your favorite fighters.